CBD and Diabetes: 5 Ways Cannabidiol May Help in Diabetes Management 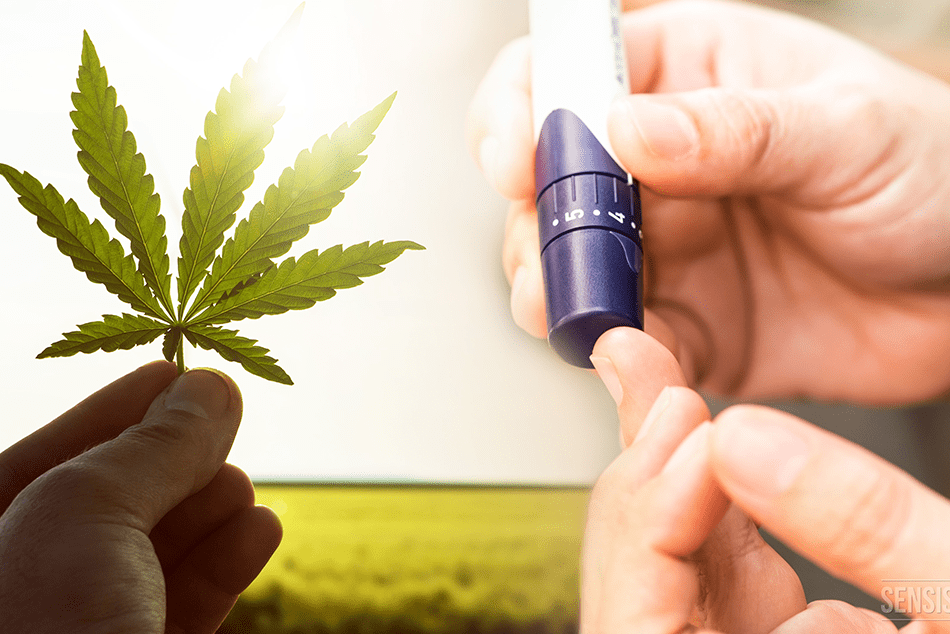 Over 100 million American adults — about 1/3 of the population — are currently living with either type one or type two diabetes.

Another 84.1 million are also prediabetic and, if they don’t take control of their condition, will end up with type 2 diabetes within about five years.

Clearly, the prevalence of diabetes in the United States is a serious problem. Doctors and researchers are working hard every day to try and solve it.

As a result of their hard work, they’ve found many possible solutions. One possible solution, in particular, has been getting a lot of attention lately — CBD oil and other CBD-infused products.

For a couple years, now, CBD has been touted as a panacea for everything from migraine headaches to mental health issues like depression.

Are there also connections between CBD and diabetes prevention and treatment? Read on to find out!

CBD stands for cannabidiol. Cannabidiol is the second most common cannabinoid that is found in many different strains of the cannabis plant, but the MOST COMMON cannabinoid found in the hemp plant.

Unlike THC, the most frequently referenced cannabinoid, CBD does not come with any mind-altering effects. However, it can still support THCs medicinal benefits, and it provides many benefits when used on its own.

Many people currently use it — often in conjunction with other forms of treatment — to prevent and treat diabetes. While the research on CBD and diabetes is relatively new, the majority of it is very promising.

How Can You Use CBD Oil for Diabetes?

There are a number of positive links between CBD oil and diabetes, including the following:

One of the most important ways that CBD possibly affects diabetes has to do with preventing the disease from occurring in the first place.

People who are more likely to be diagnosed with diabetes — specifically type two diabetes — often have insulin resistance and high fasting insulin levels. They also have low levels of high-density lipoprotein cholesterol.

The results of a five-year study showed that people who used cannabis or hemp on a regular basis had fasting insulin levels that were 16 percent lower than participants who had never used cannabis.

These people also had higher levels of high-density lipoprotein cholesterol, as well as insulin resistance levels that were 17 percent lower than those who had never used cannabis.

People who had previously used cannabis or hemp but were not current users also had better fasting insulin, cholesterol, and insulin resistance levels compared to those who had never used it. But, their results were not as good as those of current users.

Insulin resistance is a key factor in prediabetes and type 2 diabetes.

Researchers aren’t totally sure how CBD works to treat insulin resistance. But, many believe that credit belongs to CBD’s powerful anti-inflammatory benefits.

Many studies have a shown a connection between chronic inflammation and insulin resistance.

When inflammation is reduced, the immune system and cardiovascular system function better. A lack of inflammation can also improve cell growth and improve sugar metabolism.

If all of these systems throughout the body are working as efficiently as possible, the chances of developing insulin resistance and diabetes are decreased.

Research shows that cannabis and hemp use has been linked to a smaller waist circumference, a lower BMI (body mass index) and decreased obesity levels.

CBD performs several different functions in the body that contribute to its weight management benefits. In addition to helping users get rid of extra weight in the form of inflammation, it may also act as an appetite suppressant. As a result, it would help people avoid overeating and gaining weight.

CBD may also contribute to the process of fat browning. During this process, white adipose is converted to brown adipose. White adipose stores energy (calories), but brown adipose improves the body’s energy-burning capabilities.

In short, CBD is believed to help the body burn calories more efficiently.

For people who currently struggle with diabetes, neuropathy, or nerve damage, is a common occurrence. Most diabetics experience neuropathy in the hands and feet, but any organ can be affected.

Common symptoms of diabetic neuropathy include pain, numbness, and tingling in the affected area.

Studies suggest that CBD appears to work better than conventional medicine when it comes to treating diabetic neuropathy.

One study found that CBD could be used to both relieve pain and prevent additional neuropathy.

Researchers believe this is the case because CBD may increase the body’s levels of nerve growth factor. CBD may also protect the liver from oxidative stress, which seems to contribute to the development of neuropathy.

In addition to neuropathy, many diabetics also struggle with chronic skin sensitivity and irritation.

Common issues include sores on the feet and rashes on various parts of the body.

CBD may help heal these skin conditions and provide diabetics relief from the itching, burning, and general discomfort that accompanies them.

CBD’s anti-inflammatory and moisturizing benefits may help soothe irritation. They may also speed up the body’s natural healing processes. Studies suggest that CBD has anti-aging properties, too, that may be beneficial for healing and preventing painful skin conditions.

CBD oil can be used for skin irritation. Many people report that CBD-infused lotions and creams are also highly effective for those who want a more targeted treatment method.

Want to Learn More about CBD and Diabetes?

Now that you know more about the connection between CBD and diabetes, you may be interested in using CBD oil or other CBD products for yourself.

It doesn’t matter if you’re currently diabetic, prediabetic, or just want to take control of your health early. CBD oil can help you feel like a better version of yourself.

Check out our online store today to buy high-quality CBD oil and other CBD-infused products, including tinctures, topical creams, and gummies.

This statement has not been evaluated by the Food and Drug Administration. This product is not intended to diagnose, treat, cure, or prevent any disease.

Product has been added to cart